ASS HOLE OF THE MONTH , SEPT – MAT SABU OF PAS

First, stopthelies would like to apologise for the delay in naming our ass hole of the month. It was a clear choice but the Hari Raya holidays delayed our naming of the winner.

We also wish to apologise that we had referred the deputy PAS president as a former chef. It was a wrong choice of reference, as one reader pointed out correctly. A chef is someone who has some form of training and experience. He is more a tukang masak.

In this case, he over-fried, or over-goreng, his history to the point that he has entangled himself in a controversy. Mat Sabu aka the Mad Historian aka Marx Sabu cannot differentiate between freedom fighters, communists and patriots.

But then, we believe Mat Sabu is someone who is bad in history or chose to rewrite history. He talks and preaches morality but indulged in hardcore sex talk over the phone with someone’s wife.

He has even said that Tunku Abdul Rahman would have failed to be the first Prime Minister if a referendum was carried out. Now, that is too much. We usually do not use vulgarity in this portal but sorry, we have to say that Mat Sabu is talking cock here. But we wonder where is PAS president Hadi Awang in all this?

Why is he so quiet? Don’t tell us that he also do not know history. And where is Lim Kit Siang? Also blur? Amazingly that all these people who have something to say over everything is now silent. 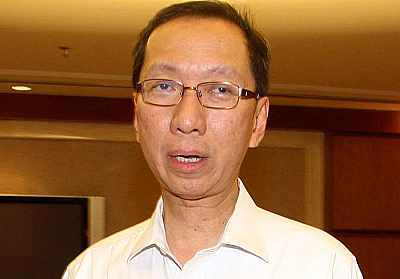