DAP has not been deregistered. What’s the fuss in not wanting to use the Rocket symbol.

It is all a ploy and wayang kulit to gain political mileage points in the run up to the polling date.

They have a choice but they want to play into the “sympathy” gallery by deliberately not using the Rocket symbol.

They had given the Registrar of Societies (ROS) until 3pm on Thursday to revoke the letter derecognizing their central executive committee members, failing which they would use the PAS and PKR symbols when handing in their nomination forms on Saturday.

Of course they know very well that ROS would obviously not revoke its decision not to recognize the office bearers of the committee formed in the party elections on Dec 15 last year.

What DAP had insisted tantamount to making the system a mockery to accommodate their request.

They talk about ideals and accountability but they expect the law to be bent for them on issues which do not work in favour of them. This is the democracy they profess.

Certainly ROS would not bend the law to serve their request or rather threats. The law is the law and is applicable to all irrespective of which side of the political divide.

Umno had in fact suffered a major set back when its party was deregistered and declared an illegal organisation in February 1988. PBDS was also deregistered in 2004.

Why should there be any special treatment to any political party.

The argument by Lim Guan Eng that the DAP leadership would be rendered worthless does not hold water.

He claims that the letters of authorization from the party leadership allowing the candidates to contest under their party symbol would be useless if the office bearers elected last year were not recognised.

He has hid the facts that in the event that the newly office bearers is not recognised, then the party could fall back to the previous term of office bearers of which Guan Eng was the secretary general as well.

Moreover ROS secretary-general Abdul Rahman Othman had said that DAP had not been deregistered and it could still use its symbol in GE13.

So what is the fuss about in not wanting to use the DAP rocket symbol.

To those who are naïve still, it is the most well thought out strategy to gain tremendous sympathy from voters and at the same time netting Malay votes with the use of the PAS symbol.

DAP knows very well that it would inherit more votes from the Malay heartland with the use of the moon symbol.

PAS secretary-general Mustafa Ali, who was video taped having sex with a woman, had already signed letters of authorization for DAP candidates.

While PAS is so ever willing to give DAP a helping hand, Parti Socialis Malaysia (PSM) leaders must be a frustrated lot.

Although their allegiance is with Pakatan Rakyat, their application to join them had not been approved.

It now has to contend itself with using its own clenched-fist symbol. 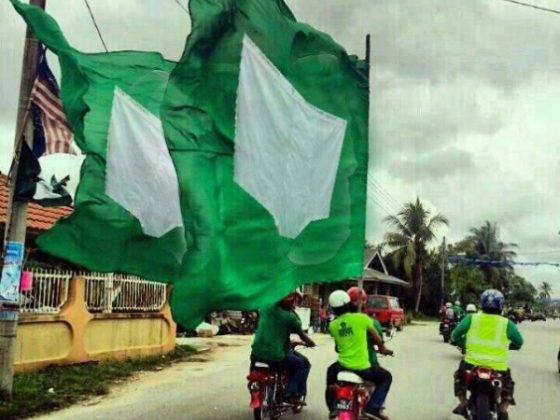 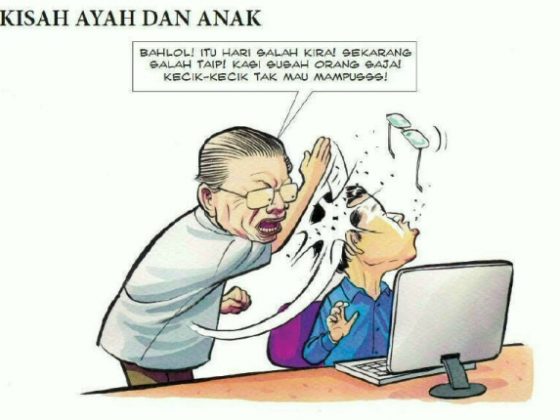