July 25, 2011 – that was the day when Stop The Lies posted its first blog and ever since, this news portal has delivered news almost every day without fail.

We make no apologies of our political stand – we cannot stand political hypocrites. This portal does not care whether they are from the Barisan Nasional or Pakatan Rakyat.

If we have focused less on the scandals of the BN, it is because Malaysiakini, Harakah, Selangor Times and The Rocket are already doing the job. There is no need for us to heap praises on the BN either as the BN-owned mainstream newspapers are doing that.

But bashing DAP leaders has now occupied plenty of our time. The reason is simple – the Chinese newspapers are treating Lim Guan Eng like God because they fear losing their pro-DAP readers. Let’s admit it. The majority of Chinese voters believe that the DAP is God sent.

The Chinese media fear offending their readers, who can no longer think. Then there is the AEC Evening News on Astro which churns out anti-BN items almost every night, doing a better job than the paid Pakatan bloggers.

The English media prefers to play a balanced role as their urban readers think they are biased. To these English educated urbanites, who think Malaysia comprises of just Georgetown and Bangsar, the Star and NST is biased but Malaysiakini is objective. That is how warped their thinking has become.

The Bahasa Malaysia media is too caught up with Anwar Ibrahim, his homosexual tendency and the nationalist, racist clowns like Ibrahim Ali.

We have a market that we want to reach out to – the English speaking urban audience. We want to belittle, shame, expose and put down the likes of Lim Guan Eng, Tony Pua, Sivarasah and Cynthia Gabriel because they are hypocritical and too arrogant.

But all this will not be possible without the contributions of the Chinese media reporters, who has provided us with the information, knowing it may not see print, and also the moles in the DAP who cannot stand Dear Leader.

They remain faceless but they are the best sources of this portal and we thank them for their dedication. 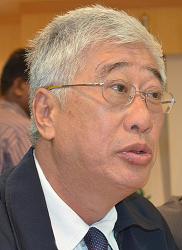